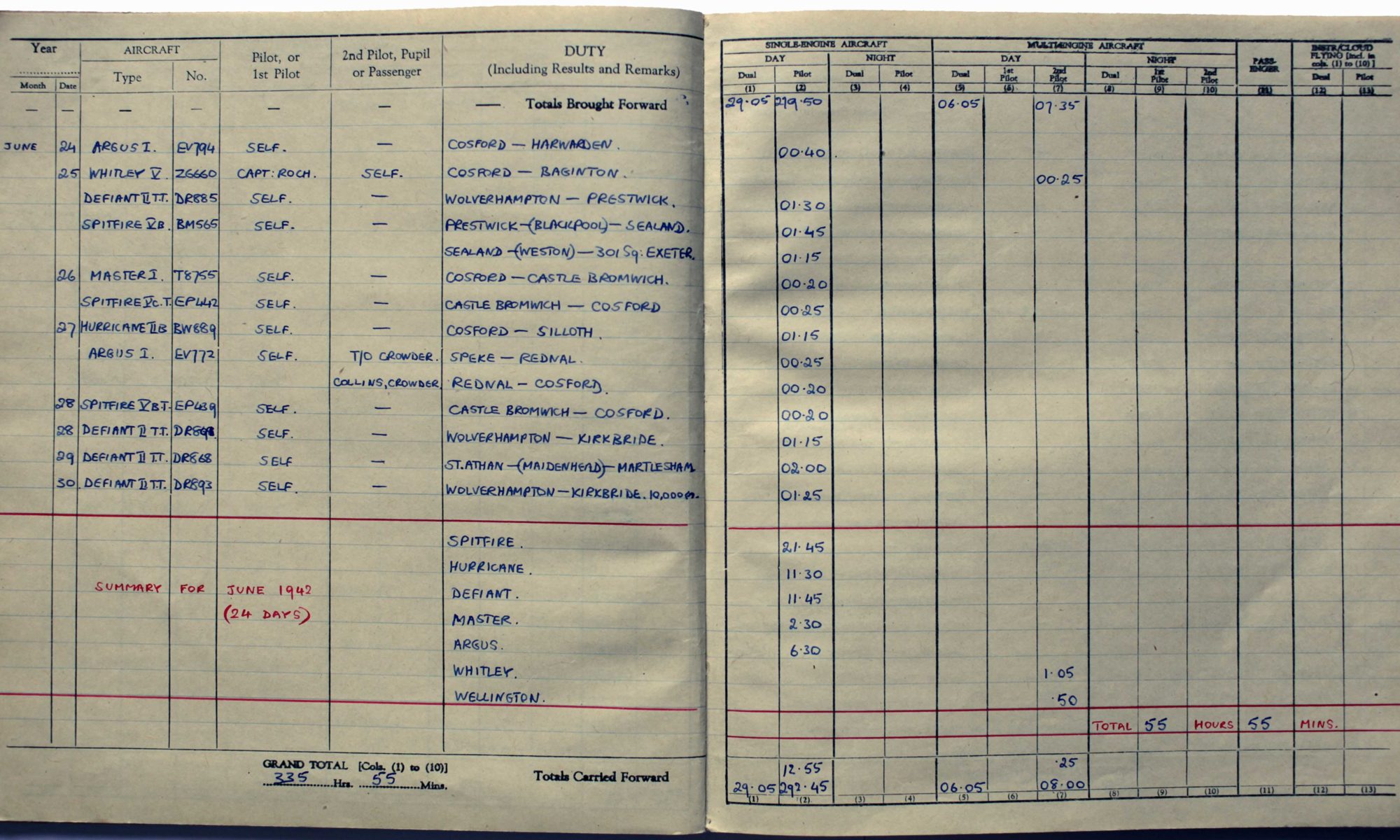 Central Ferry Control, part of 41 Group RAF, was at Andover. Overnight they would allocate work to the Ferry Pools, where Operations Officers were faced with a logistical nightmare, allocating work to aircrew depending on their qualification and experience. A day’s work could involve several flights in several different types of plane. Aircraft taxis, the Avro Anson and the Fairchild Argus, conveyed pilots to their first ferry job and, if possible, collected them at the end of the day. If not, pilots would stay overnight at airfields, in hotels or take a night train back to base; the diary of one American pilot held at Maidenhead Heritage Centre shows that he got fed up with British trains. There could also be much sitting around waiting for the British weather to improve, especially in winter. At White Waltham, home to No. 1 Ferry Pool, the spire of Shottesbrooke Church, one mile away on the other side of the airfield, was a good measure of visibility.

Depending on their level of experience and training, ATA pilots could be called on to fly any one of 147 different aircraft types from anywhere to anywhere. Yet often they had never seen a particular aircraft type before. Pilots Notes were issued for individual aircraft types, but the main guidance was a thin volume of Ferry Pilots Notes – a pocket-sized flip pad of basic do-and-don’t for every aircraft in service. Log books at Maidenhead Heritage Centre show the variety of types which an ATA pilot could fly in a single day.

Pilots were allocated a classification according to the types of aircraft they had been cleared to fly. ATA had its own flying schools at Thame, for initial flying training, and White Waltham for advanced flying training.

Air Transport Auxiliary’s male pilots had delivered fighters to France in 1940. Four years later, in the run-up to D-Day in June 1944, White Waltham and Aston Down were designated as ATA’s Invasion Pools, delivering fighters to front-line squadrons. The Air Movements Flight flew Ansons throughout western and southern Europe and the Mediterranean, carrying personnel and cargo, including spare parts and medicines.

ATA was much more than just its ferry pilots, who formed around one third of the workforce. There were flying instructors, ground school instructors, ground engineers, crash rescue teams, met. officers, motor transport drivers, nurses and doctors, administration staff and so on; there were even Air Cadets and Sea Cadets employed as messengers and auxiliary crew members.

In total 173 ATA aircrew died in ATA service, including Amy Johnson. They are commemorated on a special memorial in St Paul’s Cathedral, London. Poor weather, mechanical failure or accidents in training were the principal causes. The largest group of ATA graves is at All Saints’ cemetery in Maidenhead, where 17 war graves represent men and women 6 different nationalities. Click here for full details of ATA fatalities.

There are memorials to ATA at various airfields including White Waltham, Ringway, Ratcliffe, Whitchurch and Hamble. However official British government recognition did not come until September 2008 when all surviving veterans were awarded a special Veterans Badge at a ceremony at 10, Downing Street, London.