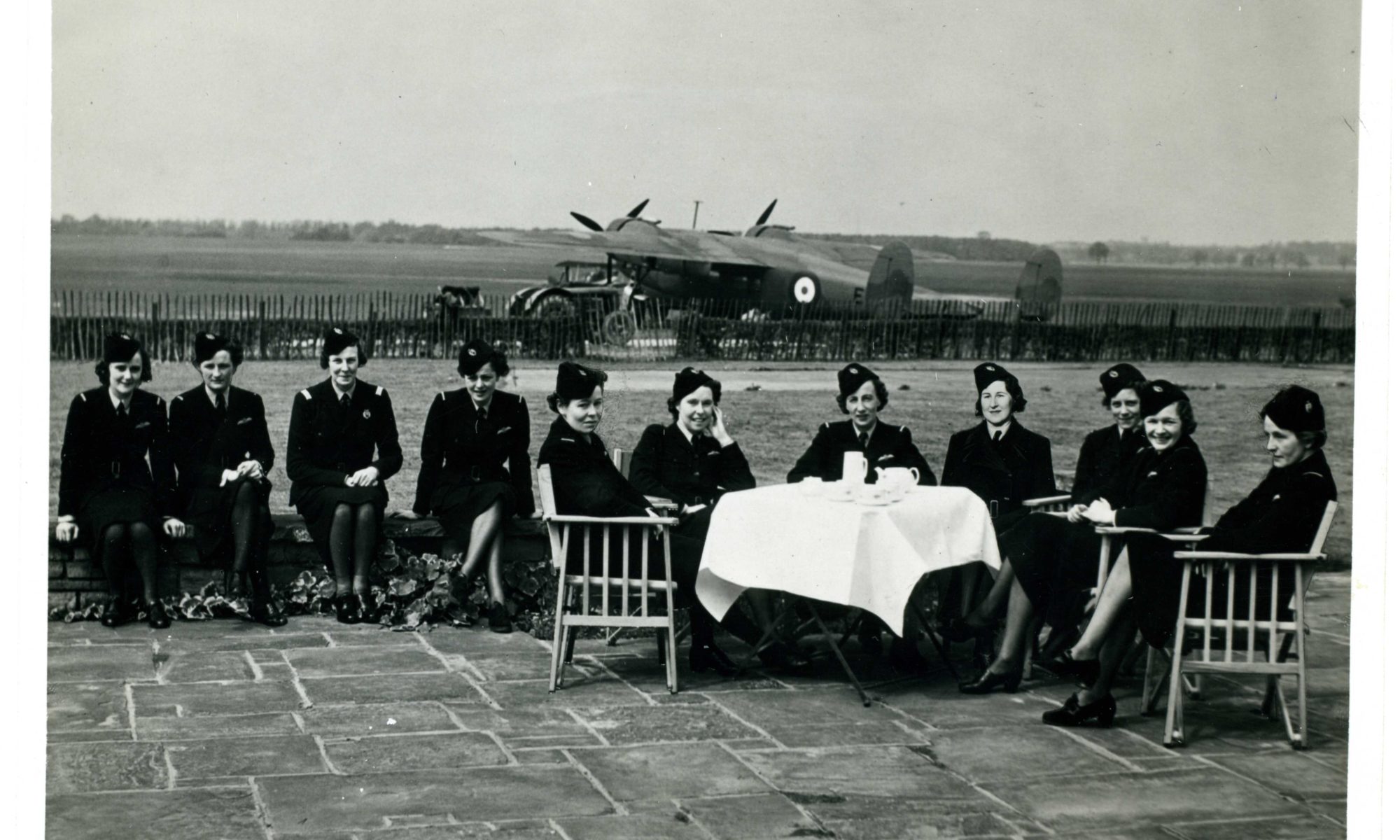 WOMEN JOIN AND DO “A MAN’S JOB”

The first 8 women joined ATA on New Year’s Day 1940, recruited into this man’s world by Pauline Gower, who had made a living giving joy rides with a flying circus. Despite their experience, the women were restricted to flying non-operational types of plane, such as trainers or communications aircraft. They were also paid 20% less than the men, which was typical of the times.

With quiet persistence, Pauline Gower eventually won equal flying opportunities for her ladies. On 19 July 1941 Winnie Crossley was the first woman to be checked out on a Hurricane fighter, and from then on the sky was the limit.

In autumn 1942 First Officer Lettice Curtis became the first woman to fly a 4-engined bomber, an achievement shared by just 11 ATA women. Finally in 1943, the women were awarded equal pay to their male colleagues, making ATA one of the first Equal Opportunities Employers.

During the war ATA employed 168 women, including the famous trail-blazing pilot Amy Johnson (killed in January 1941) and a large contingent from the USA, who were recruited by the famous American pilot Jacqueline Cochran.

The female pilots became known at the “ATA-girls”; flying Spitfires was an amazing thing for women to do, and so they were given a great deal of publicity, to the chagrin of some of the men!

LEGION OF THE AIR

Men and women came from all over the world to join ATA. Eventually, 25 nations were represented, including Canada, Australia, New Zealand, South Africa and the USA. There were pilots from Chile, China, Russia and India. There was even a royal prince from Siam. The largest contingent from Europe were 17 Poles, including three women who reached Britain after escaping via the Balkans and France. Flight Captain Klemens Dlugaszewski had years of experience with LOT Polish Airlines and had such an unpronounceable name that he was known as “Captain Double Whisky”.

Flight engineers were required for ferrying 4-engined bombers, Catalina and Sunderland flying boats and Douglas Dakotas. Sir Freddie Laker, the buccaneering pioneer of cheap air travel (remember SKYTRAIN?), was an ATA flight engineer based at White Waltham. John Gulson was awarded the George Medal for his part in the rescue of the crew of a Halifax bomber which crashed into the railway cutting at White Waltham in July 1944, with live bombs on board. 4 women served as Flight Engineers with ATA. One of them, Janice Harrington, was too short to be a pilot so became a flight engineer instead. She was killed in a Mosquito accident in March 1944 and is buried in a Maidenhead cemetery.

Pilots were based at 14 Ferry Pools as far apart as Hamble, near Southampton and Lossiemouth near Inverness in Scotland. Two of these Ferry Pools (Hamble and Cosford) had only women pilots, with female Commanding Officers, Margot Gore at Hamble and Marion Wilberforce at Cosford. Several were near aircraft factories which were priority targets for the Luftwaffe. The peak monthly output from the Spitfire factory at Castle Bromwich was 320 machines, so it was necessary to move aircraft away to relative safety as soon as they came off the production line. The nearest factories to No.1 Ferry Pool at White Waltham were at Brooklands (Vickers-Armstrong), Langley (Hawker) and Woodley (Miles).

Ferry Pools in the mature ATA

No.1 White Waltham
No.2 Whitchurch (Bristol)
No.3 Hawarden (Chester)
No.4 Prestwick
No.5 Thame (nr Aylesbury)
No.6 Ratcliffe (nr Leicester)
No.7 Sherburn in Elmet (east of Leeds)
No.8 Belfast
No.9 Aston Down
No.10 Lossiemouth (nr Inverness)
No.12 Cosford (nr Telford)
No.14 Ringway (now Manchester International)
No.15 Hamble (nr Southampton)
No.16 Kirkbride (Cumbria)